Tonight the girls from the 1st Burnaby Mountain Sparks had a very exciting visit to Burnaby Fire No. 6 — a little bit more exciting than they had hoped! Every time the leaders book this outing they are warned that it is an active on-duty fire hall and should there be an emergency the fire fighters will need to respond. Tonight that actually happened! 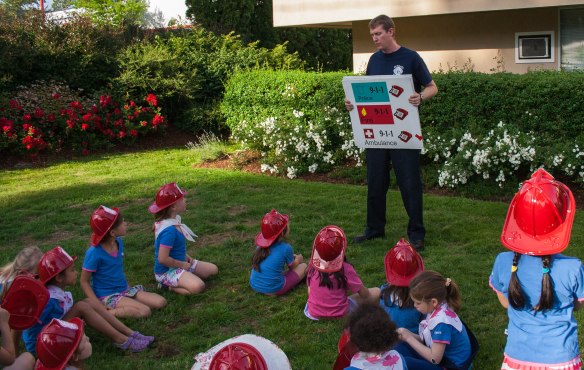 The girls had barely arrived when the first truck had to leave. It was exciting watching some of the firefighters quickly gather their things and take out the truck. The siren was really loud too. Once that truck left, the remaining fire fighters started a talk about fire safety and the importance of calling 911… but only in a real emergency! 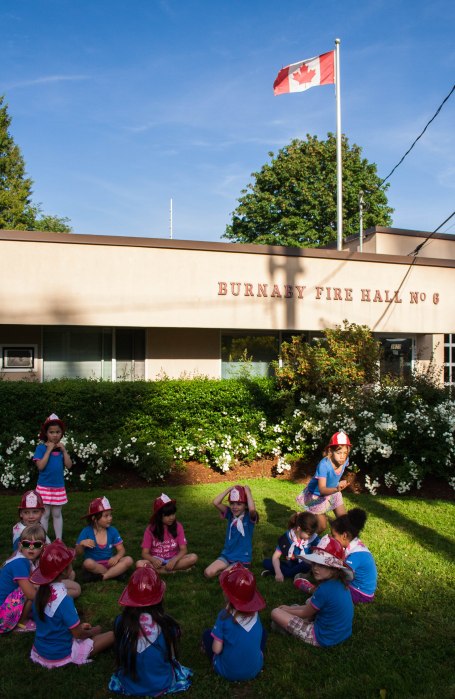 A few minutes later the buzzer sounded and the remaining fire fighters had to take the second truck and respond. The Sparks and their leaders were left alone on the grass outside the station. After talking for a bit longer about fire safety, the group decided to take advantage of the beautiful weather to play some duck-duck-goose in the grass.

Luckily, before too long one of the fire trucks came back. The fire fighters had responded to a medical emergency, but the ambulance had arrived allowing the firetruck to go back to the station. The firefighters told the girls a little bit more about fire safety and they practiced “stop, drop, and roll.” 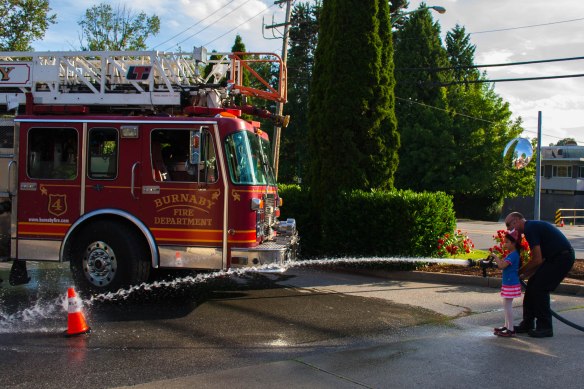 There was just enough time left for each girl to take a turn using the fire hose. The fire fighters set up a cone to use as a target and each Spark got the chance to spray it with water. It was lots of fun using the equipment.

Finally, everyone got to have a popsicle, which was a great treat on such a hot day. Thank you to the fire fighters of hall #6! The girls learned a lot and it was great to see the first responders in action. They do amazing life-saving work and it was a treat to get a taste of what it’s like to be a fire fighter.