Last month girls from all branches in Burnaby Mountain district gathered for a sleepover at the BC Sports Hall of Fame and Museum.

With so many girls involved in different sports at school or extra-curricularly, and living in a city with lots of great sports teams to be fans of made this a really exciting opportunity for girls and Guiders alike.

Girls got a chance to explore the different parts of the museum, including an Olympic Zone and features about notable figures like Rick Hansen and Terry Fox. Staff from the museum led artifact explorations and a scavenger hunt to help girls learn about the items on display.

Everybody especially enjoyed spending time in the participation zone which featured lots of fun hands-on sports activities and games. There was a climbing wall, foosball, a hockey shoot-out, ping-pong, a sprint track and more. This was a great place to be active and burn off some steam! 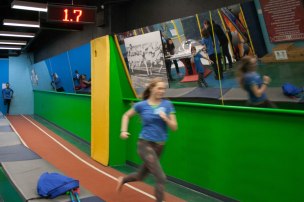 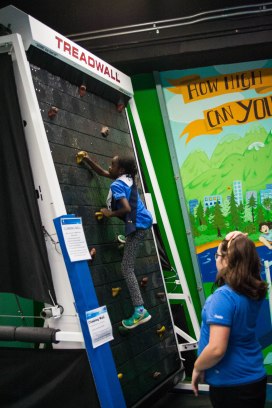 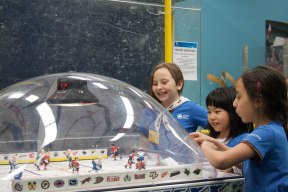 Evening activities also included a craft and a yummy pizza dinner. After a night-time movie everyone settled into their sleeping bags in the exhibit rooms.

In the morning, the girls got to meet a local female athlete. Inducted into the BC Sports Hall of Fame in 2012, Andrea Neil is best known for her contributions to the Canadian National Women’s Soccer Team (1990-2007). She retired after representing Canada internationally more than any other player, male or female. The girls really enjoyed listening to her speak — her presentation was informative, amusing, and really inspiring. This woman overcame a lot to make the achievements that she did, and several girls commented that meeting her was highlight of the event. 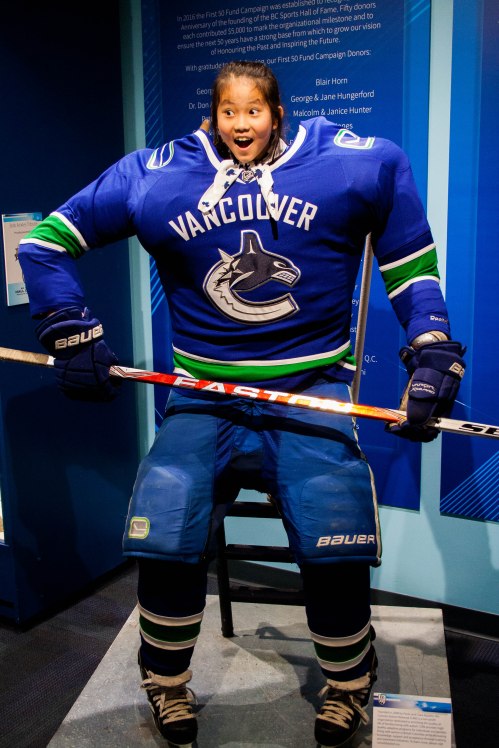 Burnaby Mountain District is very thankful to the BC Sports Hall of Fame and Museum for hosting us. It was a fun event for everybody involved!

Girl Guides of Canada is a great organization to volunteer with. Guiding is about girls and women, and there are great opportunities for adults who get involved. 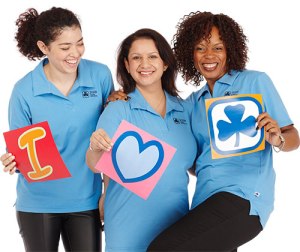 Here are some things you might not know about being involved as an adult member in Girl Guides:

Right now, our District is most desperate for Pathfinder (ages 12-14) leaders, but other units could use help as well. Contact us to find out how you can get involved.

We’d love to welcome you into the world’s largest organization for girls and women. We’re 10 million strong — that’s quite a community to be a part of!

West Coast Area is hosting an event called A Taste of Guiding for anyone who might be interested, but looking for more info. RSVP is requested so please contact us (via comment or e-mail) for details on how to do that.

A Taste of Guiding

Come & join us for a fun-filled session to find out what we have to offer. There will be camping, games, art, leadership, and much more. You won’t want to miss it!

There is no cost for this event. Refreshments will be provided.